During the Rebellion Wave October 2019, the Comic Science group distributed pre-signed postcards among rebels, to be signed and mailed to elected officials.

This campaign involved the work of 6 people over as many days. At the end of the campaign, we sent roughly 650 postcards, to roughly 250 elected officials in the state of Berlin. Almost every elected official in Berlin received a single postcard, with some receiving as many as 6 postcards. We also were able to maintain a list of which politicians received how many postcards.

For speed of distribution, and for accounting, we found it beneficial to pre-address postcards using sticky labels, and then to and to put them in envelopes, with a single envelope per district. These were then transferred to a tote bag or “kit”. Kits could be picked up by volunteers, who would walk around blockades and/or demonstrations distributing postcards.

During this action, people kits would generally approach seated protestors give them pens, and ask them to fill out cards from their neighborhoods.

In addition to this, we had 1 postcard stand, which averaged 12 postcards per hour: 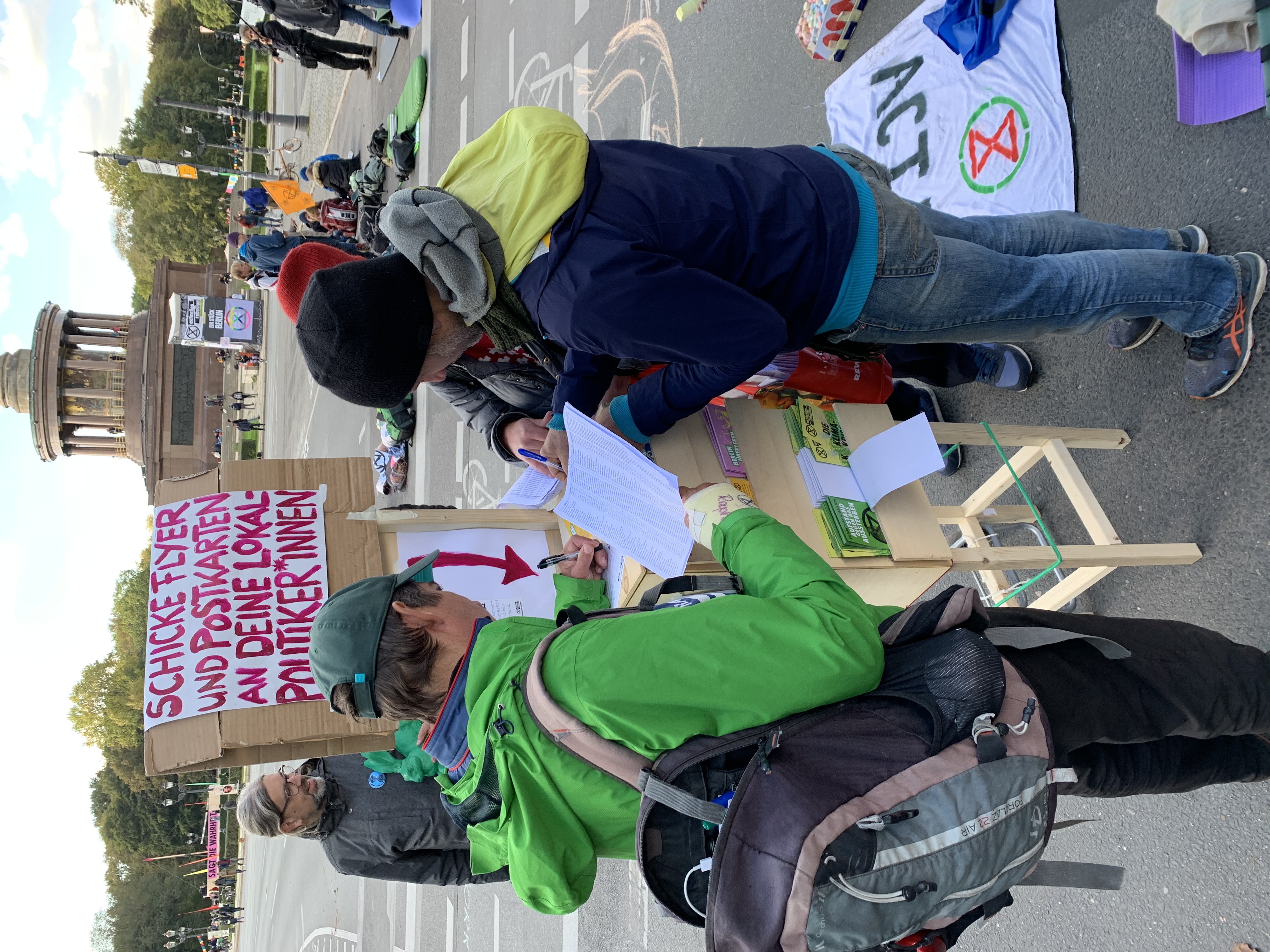 Because this was a legal and educational endeavor, we were able to secure funding to mail many of our postcards.

If we were to do this again, we might: 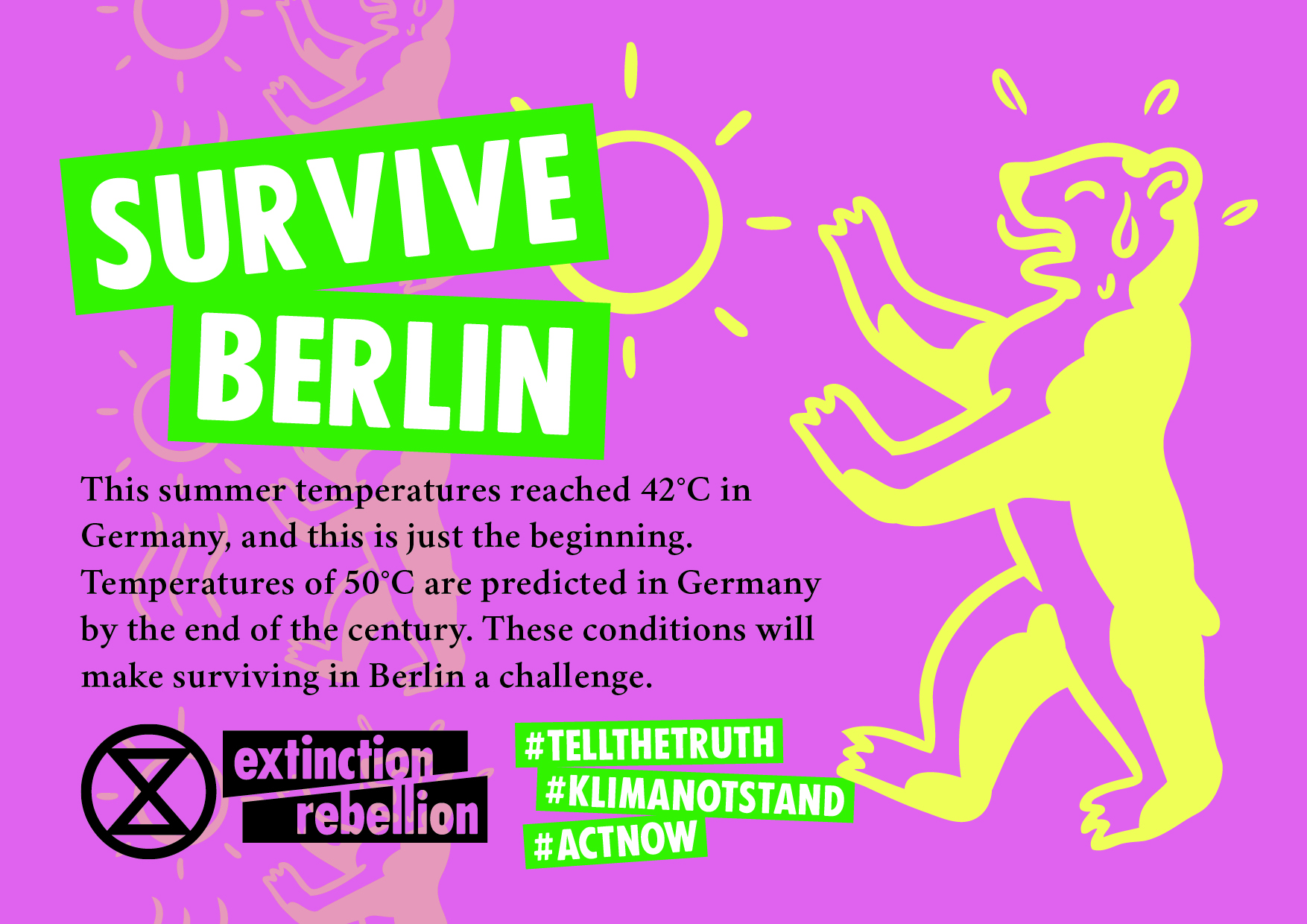 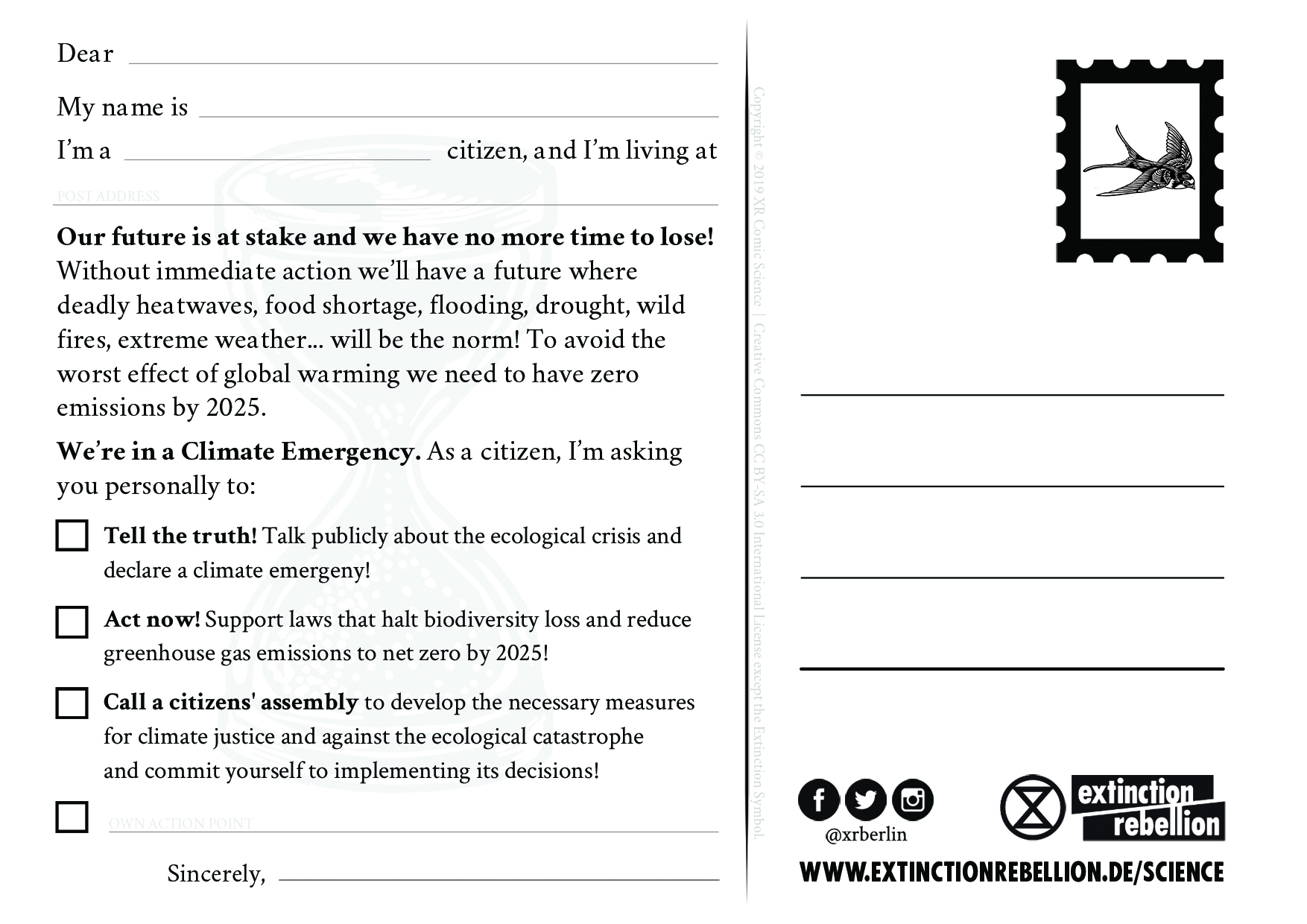 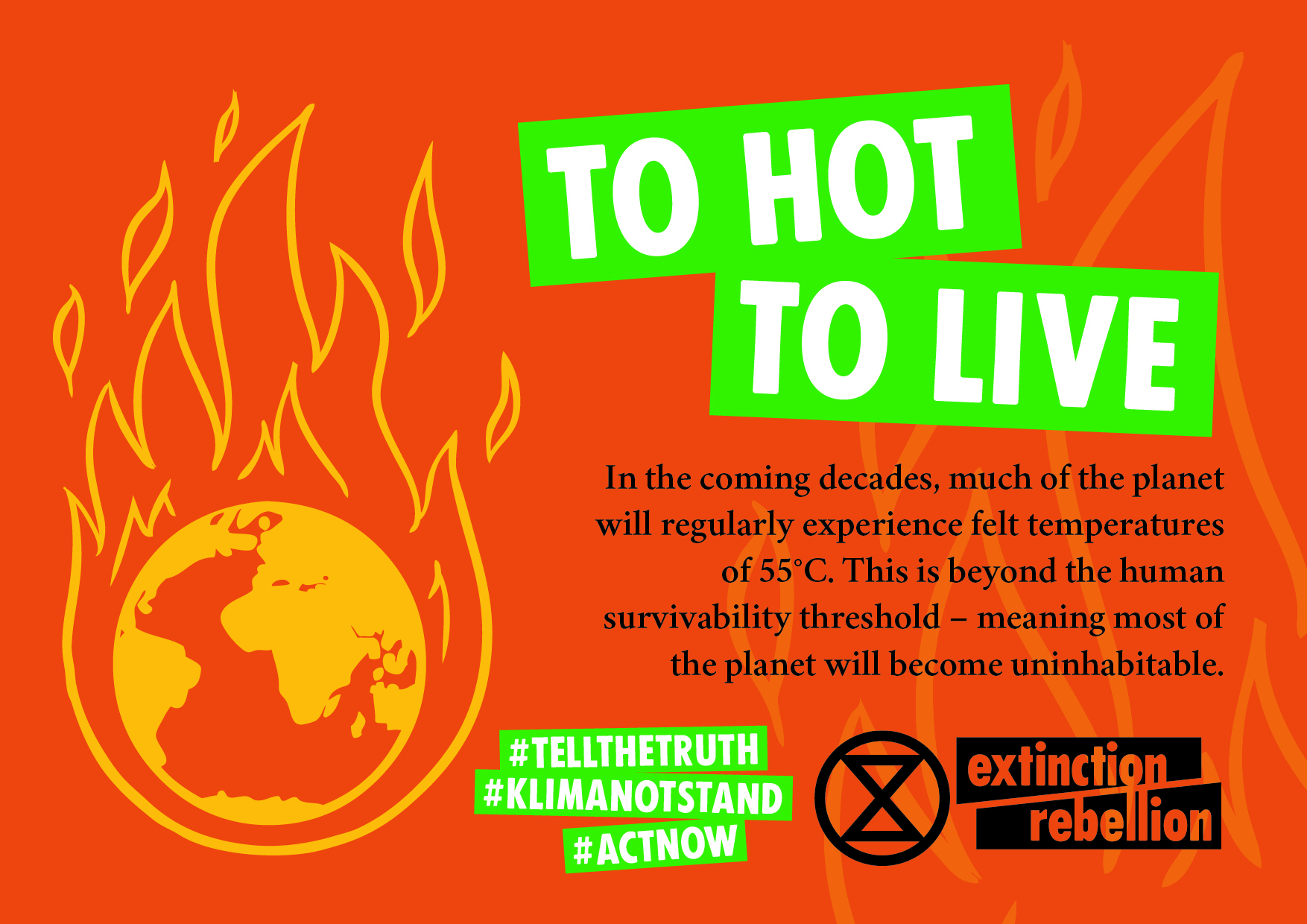 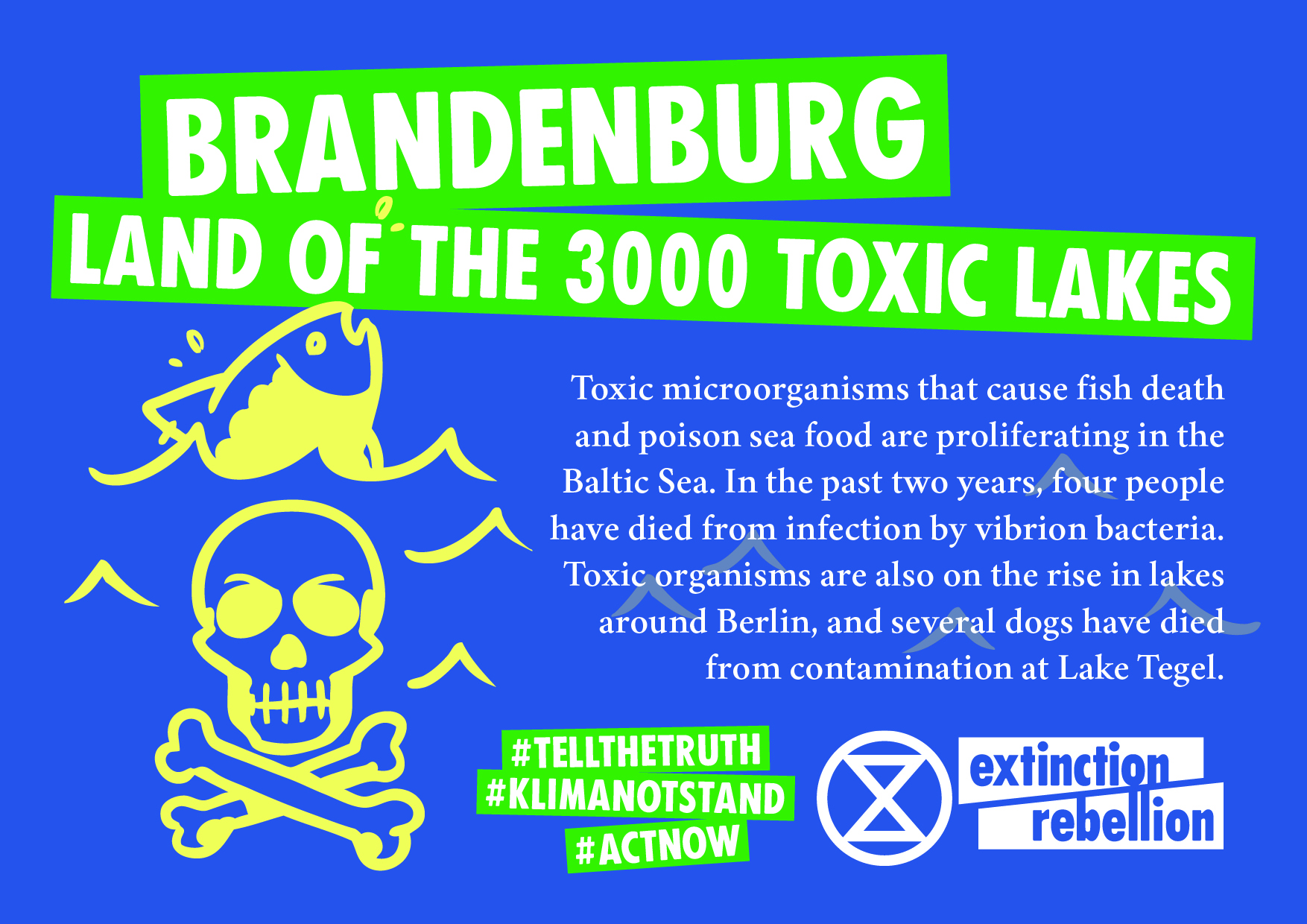 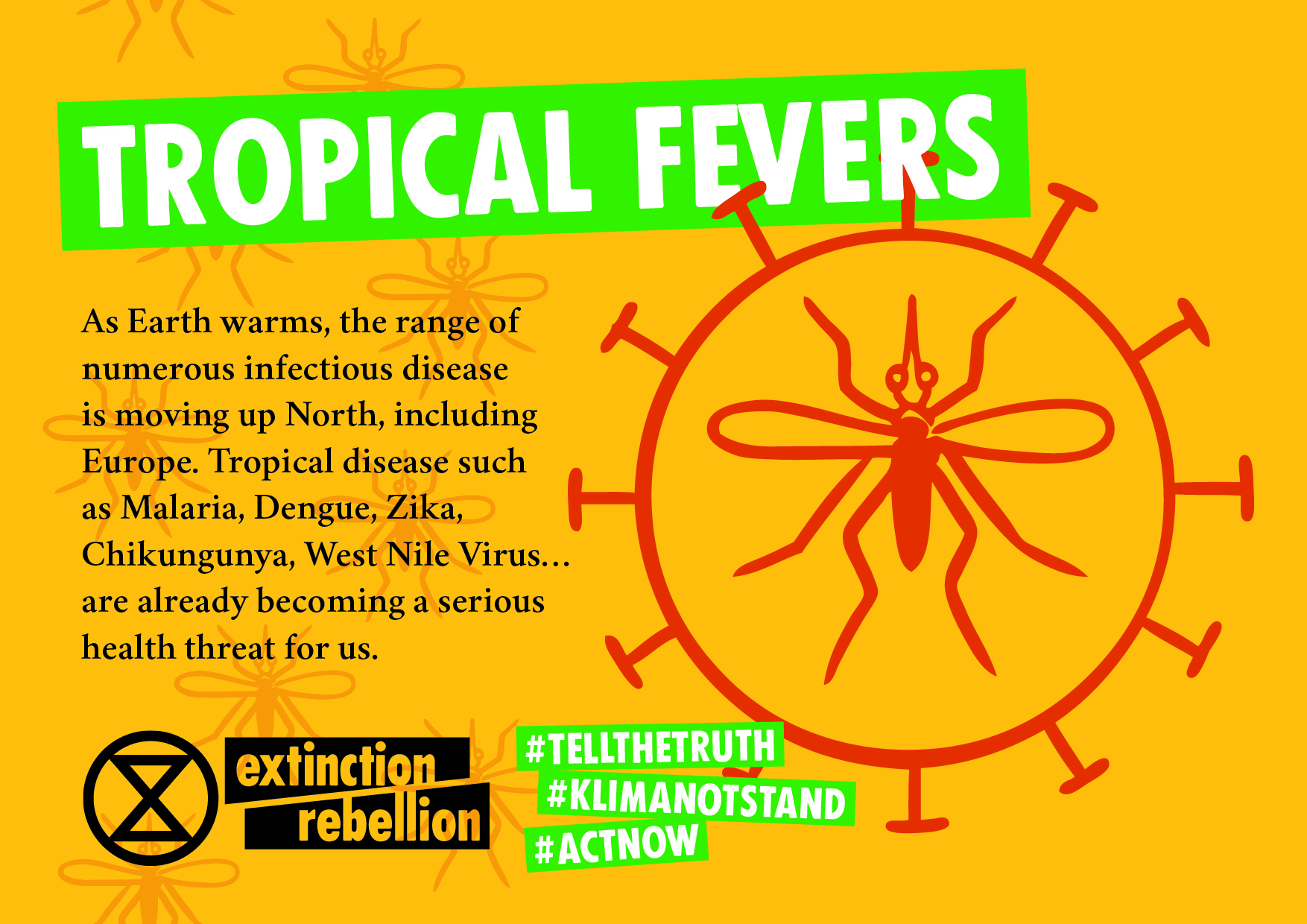 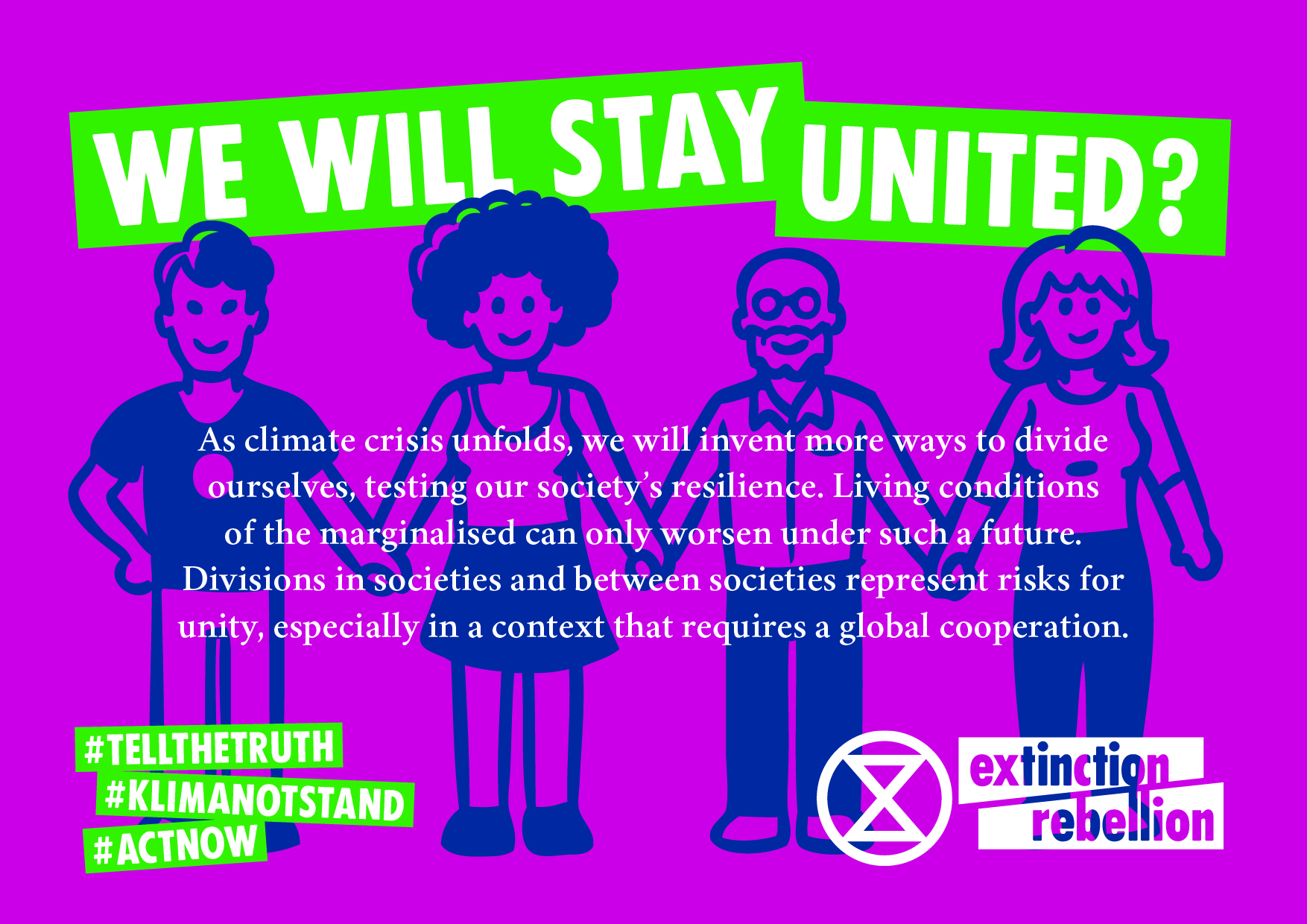