During the Rebellion Wave October 2019, the Comic Science group gave a workshop at the Climate Camp called Earth Jenga.

Jenga is a board game where players remove one block at a time, and pile them on top, from a tower built of, traditionally, 54 blocks. The difficulty lies in avoiding its collapse as the tower gets increasingly unstable over the course of the game, every time a block is moved!

Pretty metaphorical for the climate, don’t you think?

So did we, and thus we created a giant version of the Jenga game to represent Earth’s tipping elements and how disturbing them will result in the collapse of the whole system. Tipping elements are components of the Earth system with a threshold behaviour: As they are getting unstable, small perturbations can make them shift to a new regime or even collapse - either gradually or abruptly! Moreover, their exact threshold is unknown, bringing uncertainties in the time at which that regime shift will happen - adding to the analogy with the Jenga game. Their large-scale environmental impacts could endanger the livelihood of millions of people! 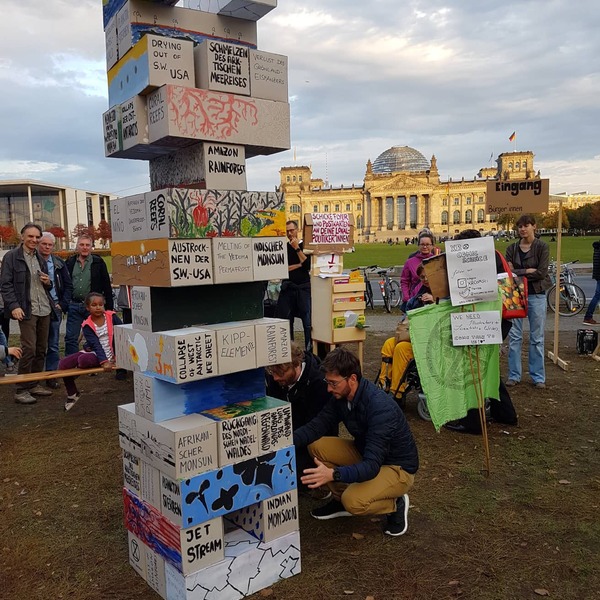 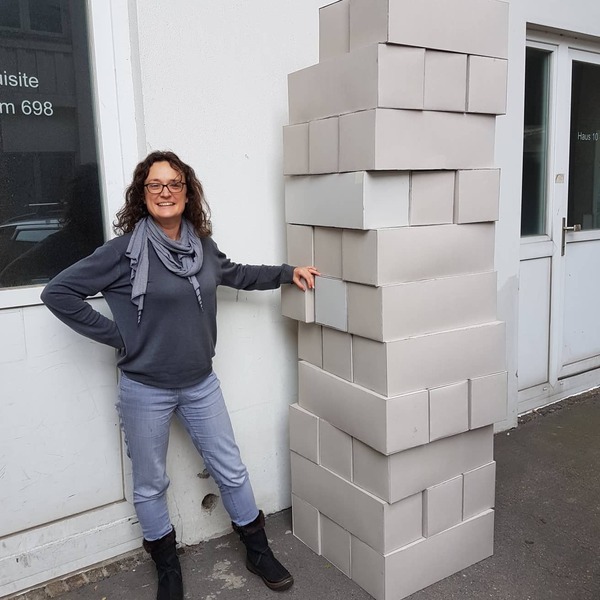 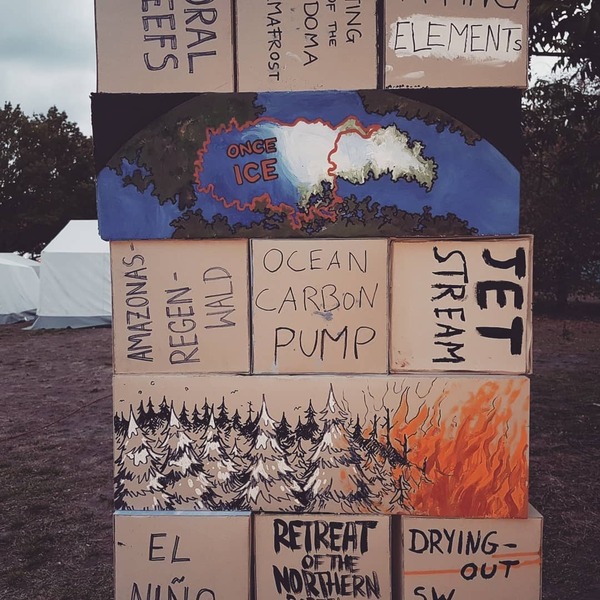 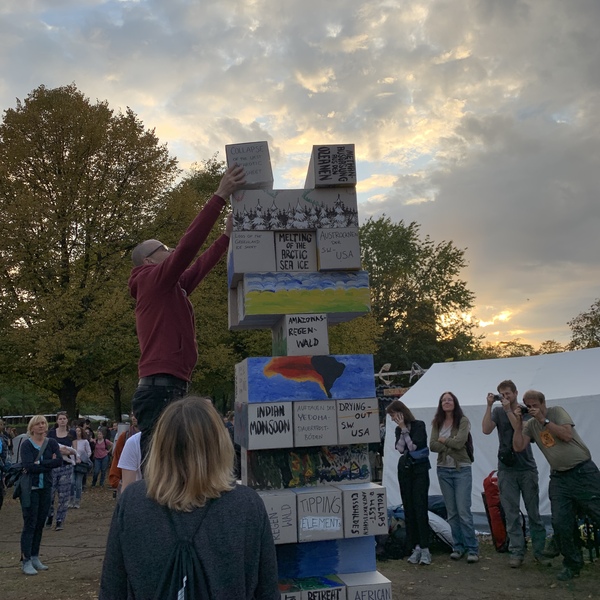 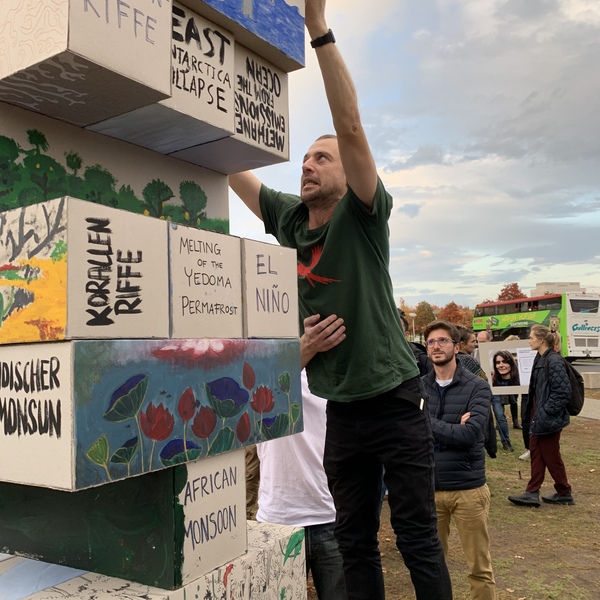 There are still some debate in the scientific community around which are exactly the various tipping elements. Here, we decided to go with the list provided by the Postdam Institute for Climate Impact Research. They list a total of 16 tipping elements, grouped in three categories: the ones who have to do with the cryosphere, then the ones related to circulation patterns and finally the ones about the biosphere. We made a synthetic version of them here. 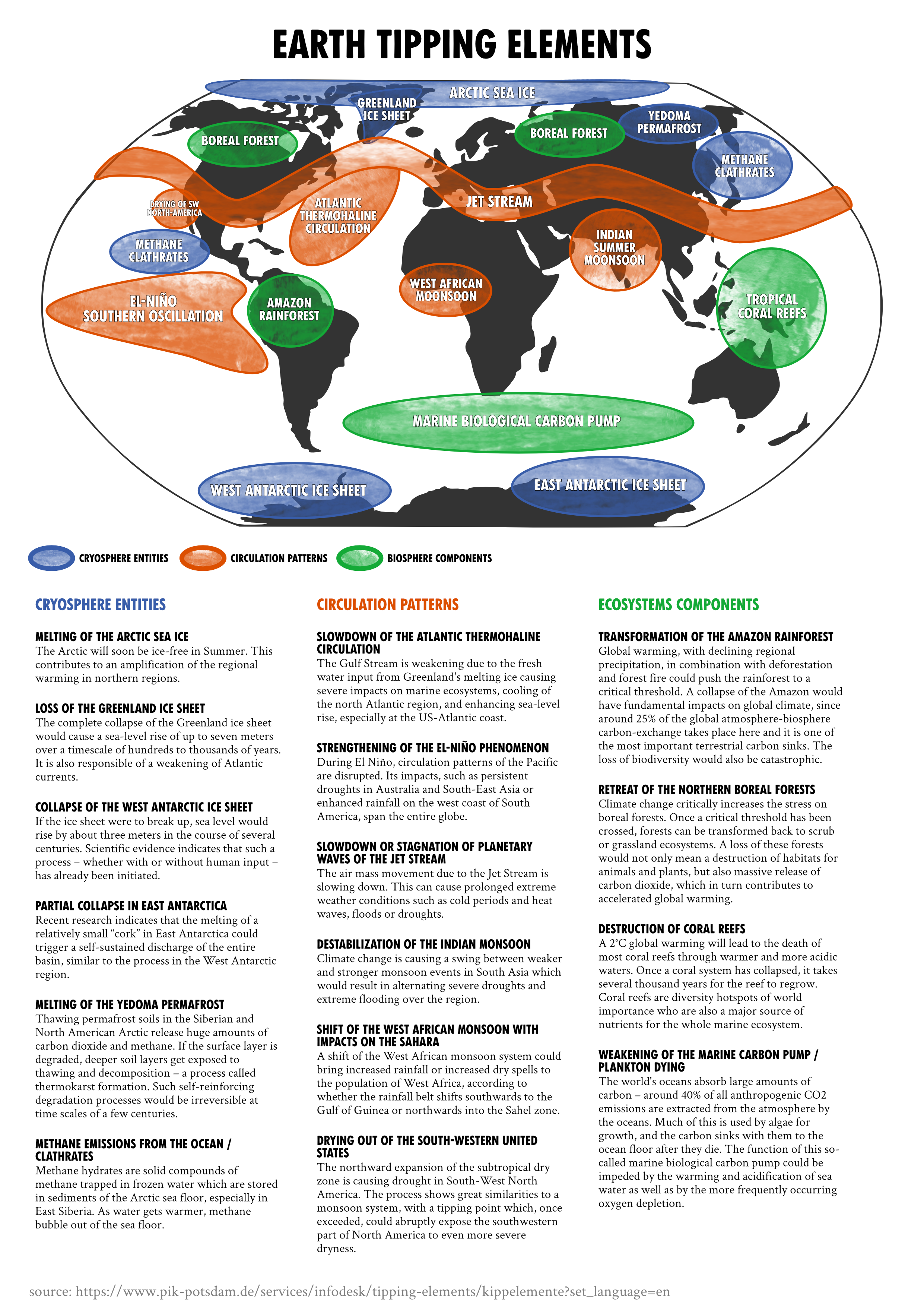 On our Giant Jenga Tower we decided to make a total of 33 blocks, to have a nice tall tower, which also gave us a lot of freedom with the tipping elements: each could have at least one block to represent them, and then we still had 17 blocks for some of the cool tipping elements, like the rainforest or the coral reefs, to be drawn on multiple blocks!

Many people of all ages from the Climate Camp joined us, read some info about their Tipping Element and then got the chance to creatively design a visualization of it. From dying forests, over melted ice to a decaying Hollywood-Sign in a dried up desert – gallows beauty might be the best description of the diverse blocks.

After the paint had had some time to dry, the tower was built up just in time for the closing party of the Climate Camp. The tower started at a solid height of 2.2m. Quickly, a large crowd gathered around it and the first brave people removed a block and stacked it on top of the tower. The tower proved to be much more sturdy than expected – possibly because, as blocks passed by, people started to help each other, which in turn again might be just as metaphorical. As the tower grew taller and more skeletal, the excitement and unrest in the growing crowd increased. Not many people dared to be the responsible one to draw out the block that would eventually lead to the collapse.

Short video of the game in action

As the tower was growing taller, the collapse was becoming more and more inevitable, and finally happened, the tower collapsed after reaching the impressive height of 3m when someone dared to remove the Amazon block! The crowd cheered when it came down – not because the climate had collapsed, but because we had made it last this long at least.

The Earth Jenga turned out to be a successful project in that it on the one hand informed people about the Tipping Elements in a playful way and on the other hand proved to be an exciting team building game. Its symbolic dimension of hinting at the fragility, uncertainty and interdependence of the ecosystem makes it a memorable project that is suited to be repeated with people of all ages.

Find below a building manual for the blocks, and if you are in Berlin and want to borrow ours for an action then drop us a message! 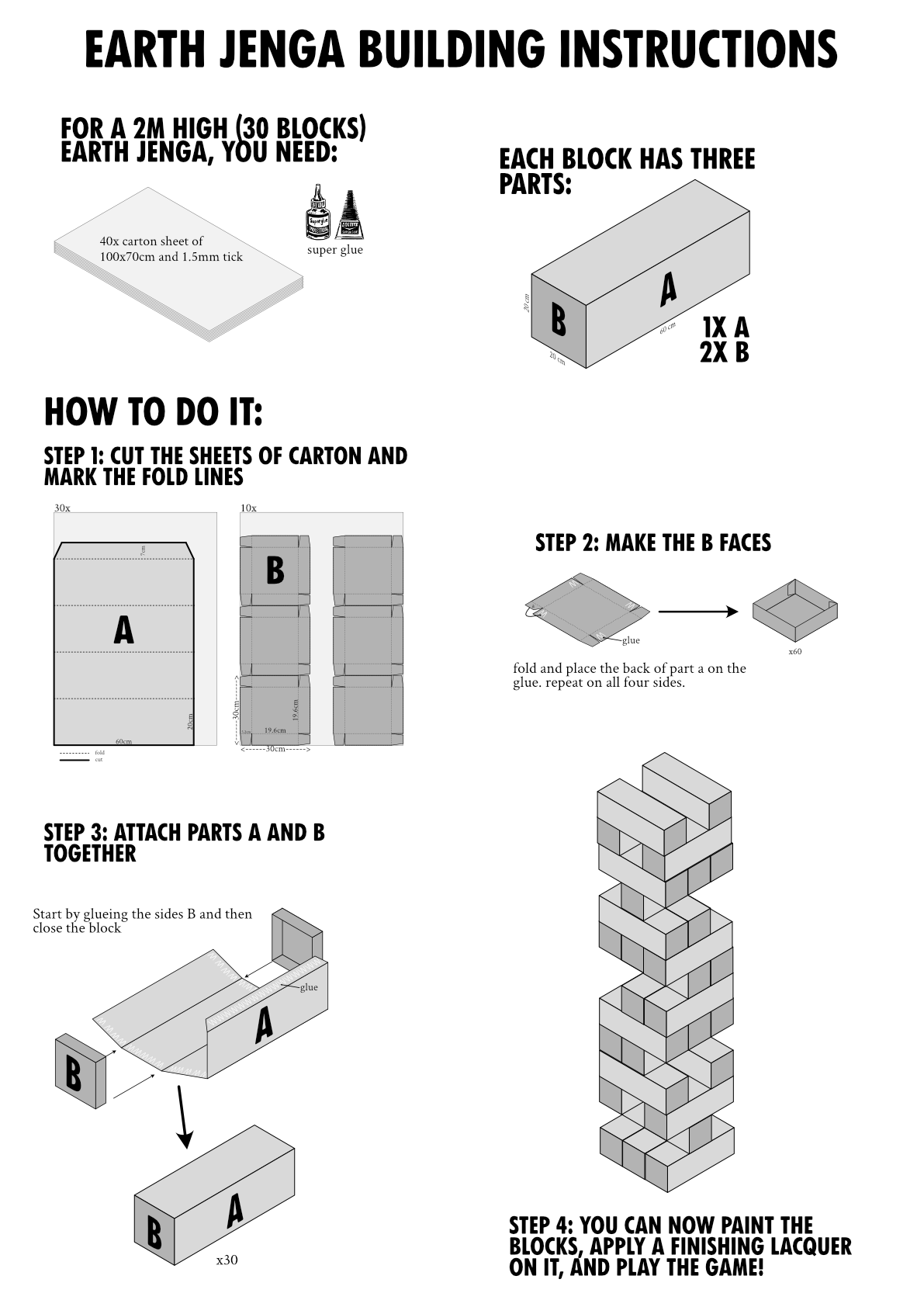